I have been contractor for multiple companies for many years. My primary responsibility is designing and implementing customer specific functionality. One important aspect of my work is leveraging the benefits of working inside the mainline Linux, U-Boot and OE / Yocto Project, explaining our customers the benefits of pushing the newly produced code back into mainline and effectively doing the contributions. I am therefore heavily involved with both mainline U-Boot and Linux kernel, be it my role as R-Car, SoCFPGA or USB maintainer for U-Boot, MTD co-maintainer in Linux or others. My speaking experience includes giving talks at ELCE, LinuxCon Japan, EmbeddedWorld and various smaller events across Europe. 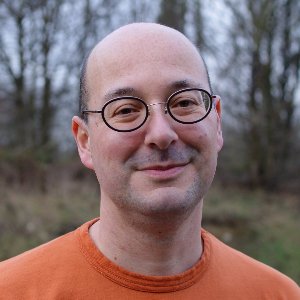 Geert Uytterhoeven became involved with Linux more than 2 decades ago, when he started hacking the Linux kernel to make it work better on his Amiga. This paved the way for a long string of contributions to Linux.

Geert may be most known as maintainer of Linux on the old m68k architecture, and as former maintainer of the Linux frame buffer device subsystem, but he has touched kernel code all over the place.

In 2013, Geert founded Glider bvba (http://glider.be/), to build upon the (embedded) Linux (kernel) expertise he gained while pursuing his passion for Linux, computers, and programming.

Previously he worked as a Software Engineer/Architect at Sony, and as a Researcher at K.U.Leuven, where he obtained a Ph.D. in Computer Science.

I’ve more than 15 years of engineering experience in fields ranging from hardware design for embedded devices to embedded software and lastly BIOS. I’ve been focusing my career on open source since the last 8 years. I’m now working on replacing BIOS with open source technology on recertified datacenter hardware.

Mickaël Salaün is a security researcher, software developer and open source enthusiast. He is mostly interested in Linux-based operating systems, especially from a security point of view. He develops hardened distro (CLIP OS) and has built security sandboxes (StemJail) before hacking into the kernel on a new LSM (Landlock). He is currently employed by the French Network and Information Security Agency (ANSSI).

Romain Naour is an embedded Linux Tech Lead at Smile ECS (Embedded and Connect Systems), a French company specialized in open-source embedded technologies. He develops and maintains Buildroot-based BSPs and some custom Linux drivers on ARM and x86 platforms for various customers of Smile ECS.

Romain is graduated in Embedded systems from ESIEE Engineering school, where he was initiated to free and open-source softwares. Romain is a Buildroot contributor since 2014 and has added and updated several packages such as: openpowerlink, efl, mesa3d, gcc, glibc, binutils, gdb, xenomai.

Wolfram Sang has been working as a Linux kernel developer for embedded systems since 2008. He maintains the I2C subsystem and works as a consultant, mainly for the Renesas Upstream Kernel Team. Programming since his childhood, he still hacks his machines from the 80s, especially the C64. When not using computers, he is interested in ecological topics, likes cooking and tries to keep his Japanese alive. He has spoken at various conferences like ELCE, ELC, OpenSourceSummit, LinuxCon, LinuxTag, and FOSDEM multiple times mostly about kernel topics. 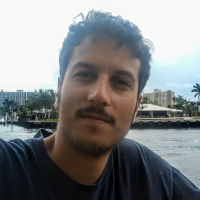 Julian Bouzas is a Spanish Swiss-born computer science graduate of the University of A Coruna in Spain, and he currently works at Collabora as a Multimedia Software Engineer. Julian is passionate about Open Source Software in general, he also loves nature, sci-fi books and enjoys traveling to meet different cultures and people. He has made contributions to GStreamer and worked in London and Barcelona for multimedia companies using mostly open source projects. He is also interested in the graphics stack and wrote a window manager for X11 and several OpenGL applications.

Will is a Distinguished Engineer in the kernel team at Arm, Cambridge and co-maintains the arm64 architecture port as well as various other parts of the Linux kernel. His interests lie in system and CPU architecture, memory consistency models, locking, atomics and generally anything low-level enough to require compiler abuse.

When he’s not fighting with subtle concurrency issues, Will enjoys brewing beer and catching trout on the fly.

Patrick started to develop Linux Kernel drivers for media devices in 2004 out of curiosity and technical interest. Among other this lead him to a career of embedded and real-time software developments at different companies. Since 2016 he is working as a Freelancing consultant and cross-field expert, still in the embedded/kernel area but also touching  application, integration and software-testing. 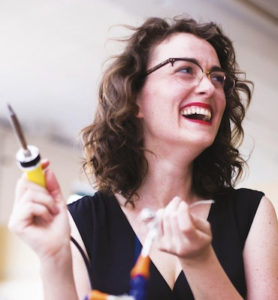 Helen Leigh is a creative technologist specialising in sound who works in Berlin and London, home to some of the most interesting music technologies and sound artists in the world. She will take you on a whistle stop tour of several strange and beautiful creations made by herself and members of the communities she belongs to, including gesture controlled musical instruments, a pipe organ made of Furbies and live coding rave culture. You’ll be able to hear what a cello sounds like after you’ve bounced the sound off the moon and watch a live performance of a pair of singing capacitive touch circuit sculptures.

Which technologies will change our musical landscapes in the future and which will become forgotten curiosities?

Lucas has been involved with open-source graphics since he started hacking on the Nouveau driver for NVIDIA devices for fun in his free time. a while later he joined Pengutronix, where he helped to develop the Etnaviv driver for Vivante GPUs found on a number of popular SoCs. At Pengutronix he’s also responsible for getting recent mainline Linux kernel and core infrastructure integrated into customer projects.